Learning can happen not just by developing helps for efficiencies within one type of learning but it can advance to completely new paradigms where the nature of learning has increasing domains of information in terms of the type of information learned. On another level teachers can show up from many places and realms unknown, even a Squirrel can be a teacher.

My Learning Process Over Time

Changing Paradigms In How We learn

My Stages of Learning

My learning went through many stages from book learning and reading when I was a child to a time when I was in my mid-twenties and I started getting tangible guidance and direction in different areas. At times this pointed me to resources from books to manuscripts, and at times I read things in meditation. As time went on this only increased and my learning evolved from brute force research methods to prayer requests and answers that came via other means. Then my learning took yet another leap and that was sometime after I started experiencing fairly pronounced inner light. Initially this light started out as white and yellow light but has resolved into clear light. With this came vast buffets of understanding in how things worked together.

Throughout this process I was always committed to testing and grounding what I had learned through various projects. Often the first step was to write it down, program it, or build it.

My learning went through many stages from book learning and reading when I was a child to a time when I was in my mid-twenties and I started getting tangible guidance and direction in different areas. At times this pointed me to resources from books to manuscripts, and at times I read things in meditation. As time went on this only increased and my learning evolved from brute force research methods to prayer requests and answers that came via other means. Then my learning took yet another leap and that was sometime after I started experiencing fairly pronounced inner light. Initially this light started out as white and yellow light but has resolved into clear light. With this came vast buffets of understanding in how things worked together. 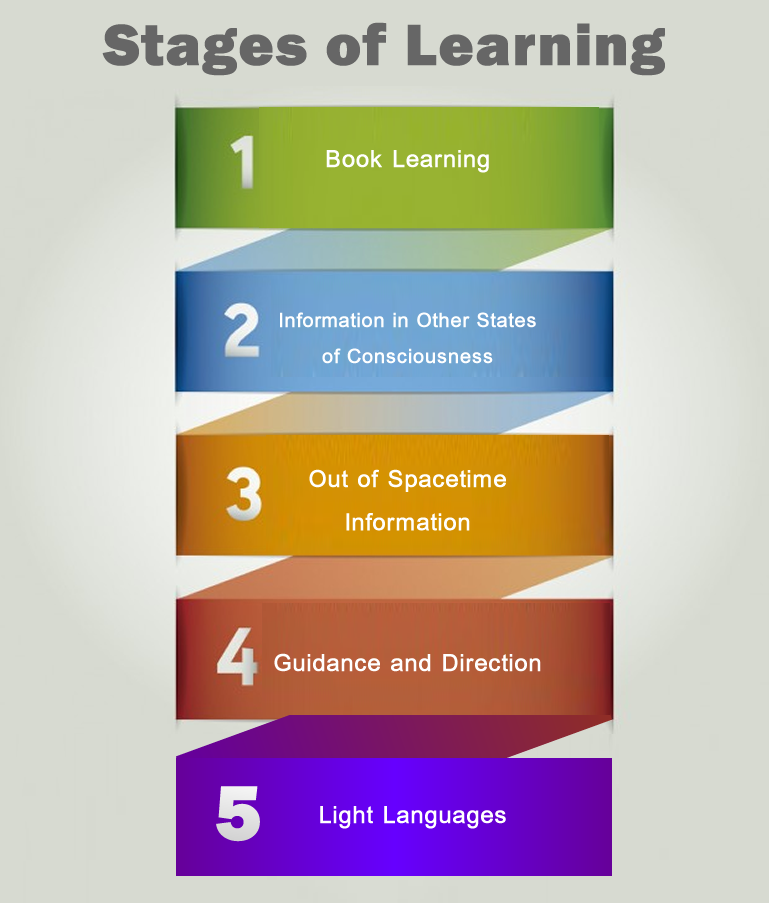 Efficiencies of the Learning Process

Efficiencies in Within a Type of Learning

One of the issues with learning is the rate of learning, if we can increase the efficiencies in our method of learning by using various helpful tools and methodologies, mnemonic devices, speed reading strategies, and methodologies like scanning tables of contents, glossaries and other high level strategies that allow us to develop contextual knowledge quickly. In addition to this we might take into account our own personal predisposition in terms of learning styles like auditory, kinesthetic, visual, etc.

We may step into a completely new level of learning that exists in a new paradigm altogether. As different as the process of knowledge transfer is from speech to reading, we jump to seeing a wider scope of information in meditation for example. This information not only includes the more linear information that we have access to in auditory and visual methods like reading but extends to “out of spacetime” information as well. This kind of information is not spatially or temporally bound and therefore takes us out of the spatial-temporal frame. This in turn takes us to a new level of rationality.

From this place decision making is not based solely on temporally local circumstances but on events that may happen at some future point in time. It is logical to take a mountain road across a pass to reach the destination on the other side, but in the instance that one sees an avalanche at a future point in time when one is to traverse the pass, it is no longer logical to drive over the pass.

As we watch paradigm jumps in the scope of learning methodologies there is a shift in the domain set of evidence that must be considered from still logical standpoint, but does not seem rational to someone who has not yet experienced one of these learning methods. With each jump coherence is increased. And, with this the methods for learning and learning strategies are widened relative to each level that is incorporated in the overall learning picture.

Needless to say, with each paradigm jump, there are jumps in the rate of learning. This said, a jump is also like going from crawling to walking, while abandoning crawling we are not quite as good at walking and there is a temporary lag in efficiency and efficacy of the new method. This is overcome with practice and persistence.

His experience is diverse and encompassing reflecting his primary interests in entrepreneurship, management, research, product development, invention, human consciousness and funding models as well as his idea of living life with a purpose.

He founded numerous companies and institutions since 1980, including the Institute for Cognitive and Affective Research & Education, Universal Information Systems, The Center for Neoscience, Nth-Dimension Networks, The Rustworks Arts and Invention Center, and Rational Data International, Inc.

His writings & research (under both his given name and pen name, Andromeda Knecht) have spanned a diverse range of fields, including polymerization techniques, business law, business management, religious studies, spiritual practice, electronic circuit design, learning theory, digital property rights, governance models, funding models, the evolution of economies based on property law in developing countries, as well as works in consciousness studies, Neoscience and existential rights. Several of these are listed on Amazon.com and Barnes and Nobel bookstores. He has done public speaking and teaching on diverse subjects including philosophy, economics, religion, education theory, consciousness studies and range of technical topics.

Consciousness studies: Marlin developed theoretical models for human information processing and cognition based on systems science, chaos theory, artificial intelligence and religious studies. He founded the field of Affective Epistemology classifying different components in the affective - emotional spectrum as way of knowing. He wrote a body of work on Perceptual Psychology and with that a thesis - Beyond Postmodernism a foundation for Neoscientific Understanding. He developed theoretical foundations for virtual reality systems and Instructional System Design (ISD) for at risk students.

He has written over a dozen books on related topics including a self-directed dissertation the Relativistic Perceptual Field Model, A Study of Consciousness and Cognitive Process (a two volume set). He developed semantic mapping techniques for meaning based evaluation of information in n-dimensional space, as well as founding the National and International Data Grid before data grid projects were in vogue. In 2001 he developed flow and stream mapping for real time changes in local and global information and environmental systems. He also developed the foundation for the new semantic web layer found within the 3rd layer of cyberspace. He developed new technologies for data and text mining toward an end to end research system for solving global and local problems. He has taught whole brain problem solving for teachers, rocket scientists and researchers at companies like Lockheed Martin.

Medicine: He developed a medical solution model for refining medical information through dynamic systems monitoring using semantic and data grid technologies. He has written numerous articles on medical conditions and has been ongoingly involved in medical research projects dealing with issues from biofilm, chronic disease and intercellular parasites, to medical information systems and bio-energetic components in the human body.

Computing: Marlin developed architectural models for a new kind of computing environment that provides new paradigms in application integration, web based services and information processes. Foundational underpinnings of this environment include a mathematical system he developed for vector mapping information processes. He also designed the Quawn 2100 super computer for supporting the semantic and data grid layers.

He has done a significant amount of work around self-organizing, self-regulating and self-refining governance models and infrastructures. He developed a nested architecture model inclusive of infrastructures, frameworks, platforms and model formats for multi-scalar infrastructure stacks. He also designed and developed the Application on Canvas (AOC) model for web 3.0 collaborative spaces and knowledge representation environments. He invented the Digital Factory Model (DFM) and software development procedures.

Economics - he has written a number of works on macro and micro prudential control mechanisms in conjunction with w3, web 3.0, 3rd layer technology and the reestablishment of safe haven asset classes in a world where geographically tied infrastructures (GTI's) have broken down. He has written a number of articles on the macro-scalar infrastructure stack and meta-level governance.

Linguistics - he has worked with computational linguistics and the development of a high level internationally accessible meta-language and navigation system based on archetypes in human consciousness.

Organizations - He founded the Mission Renewal Center, which is a work in process in the foothills of the Adirondacks in New York, USA and has the purpose of demonstrating the relationship between spiritual practices and scientific principles. He has founded over 30 organizations as part of the Rational Data Industry Model (RDIM) to support the W3, Web 3.0, 3rd layer technologies.

Mathematics - He taught himself calculus and differential equations and developed a new mathematical nomenclature for describing thought form and choice processes in human cognition, these were inclusive of cognitive, affective and somatic phenomena in the human experience. This was applied in human information systems, learning processes, perceptual psychology and navigation of virtual reality environments.

He practices a number of spiritual disciplines and practices ongoingly from prayer to meditation to contemplative walks and journaling. He has written a number of books based on his own spiritual walk and experiences.

THE WE ARE ONE NETWORK

Providing light for a New World.

GET THE PROGRAM GUIDE 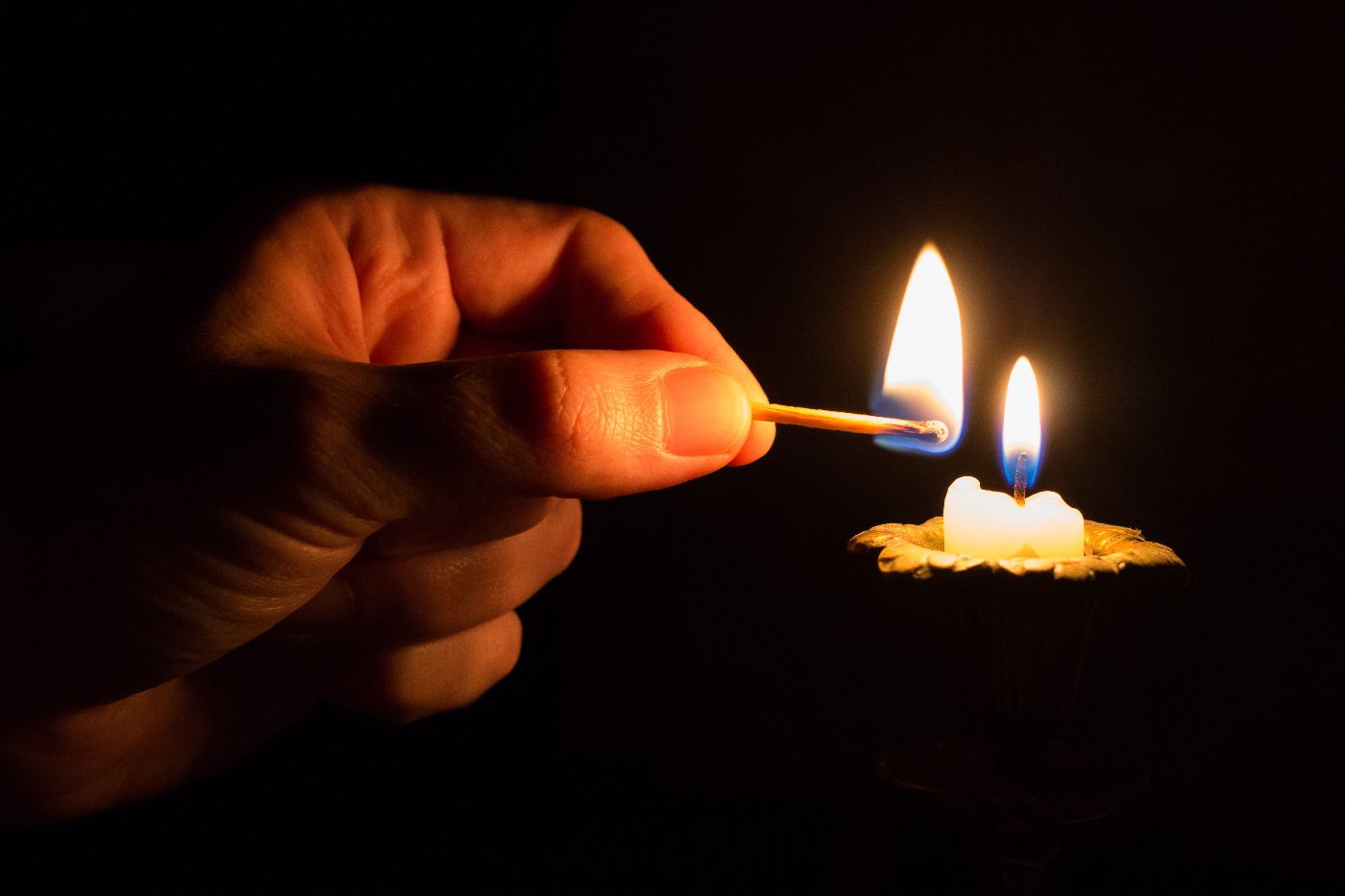